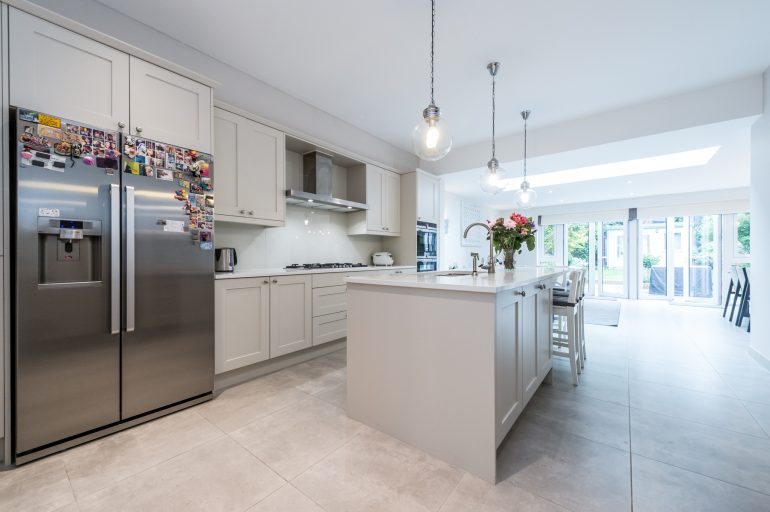 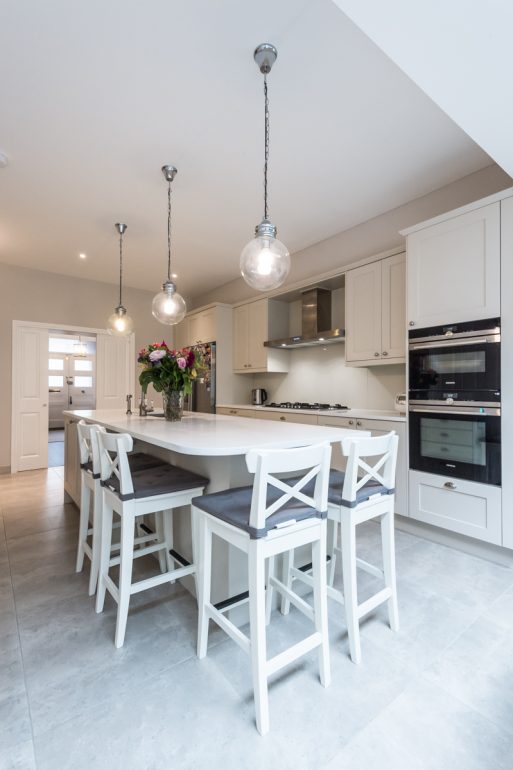 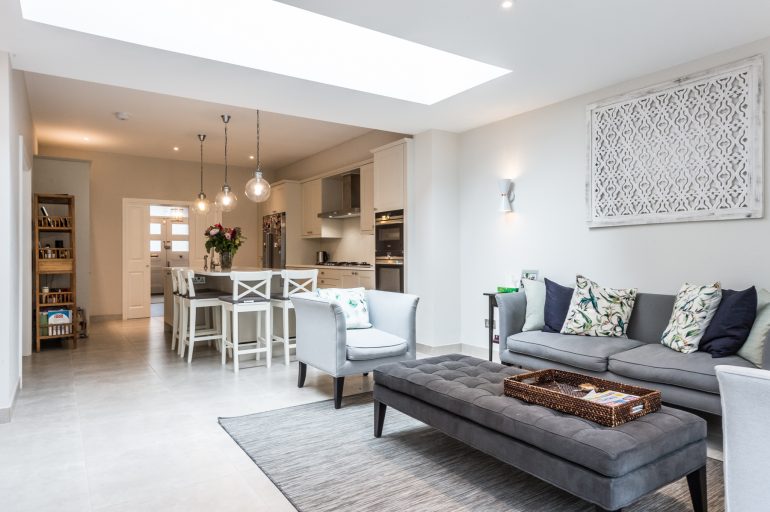 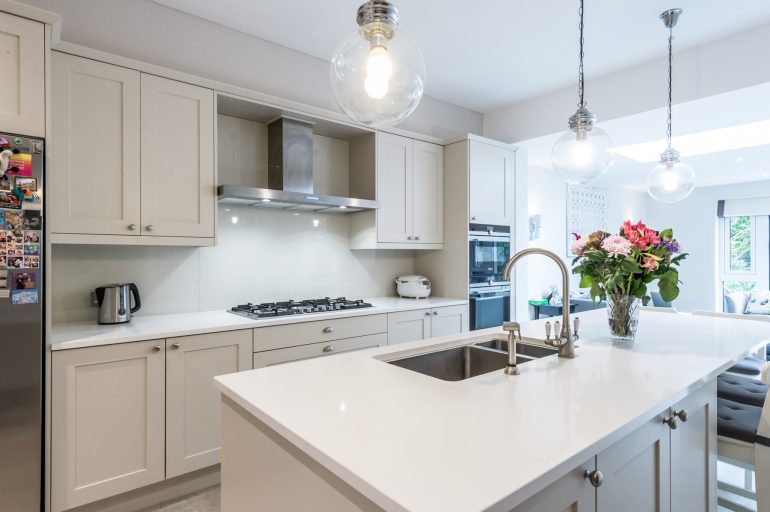 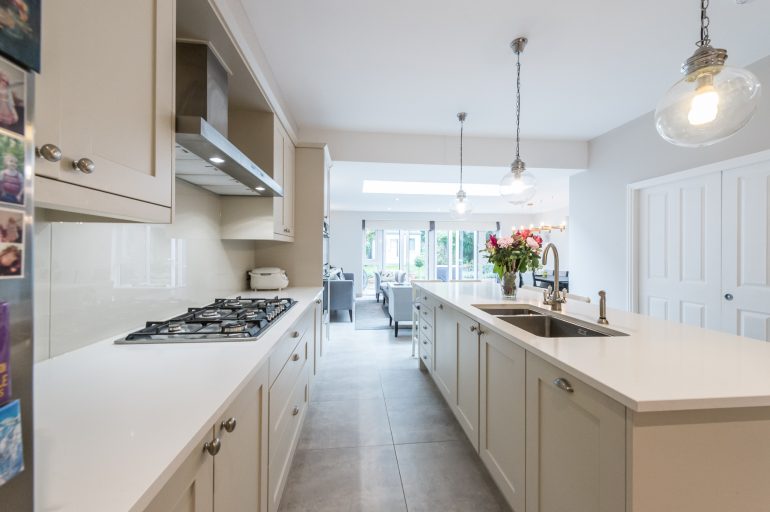 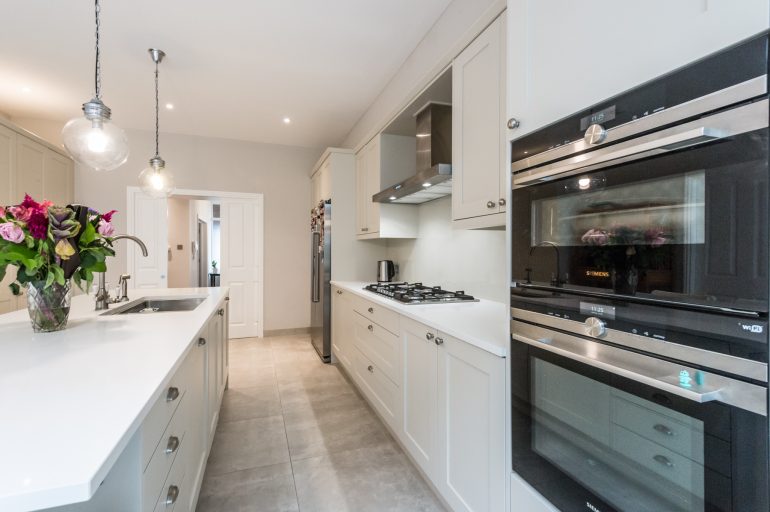 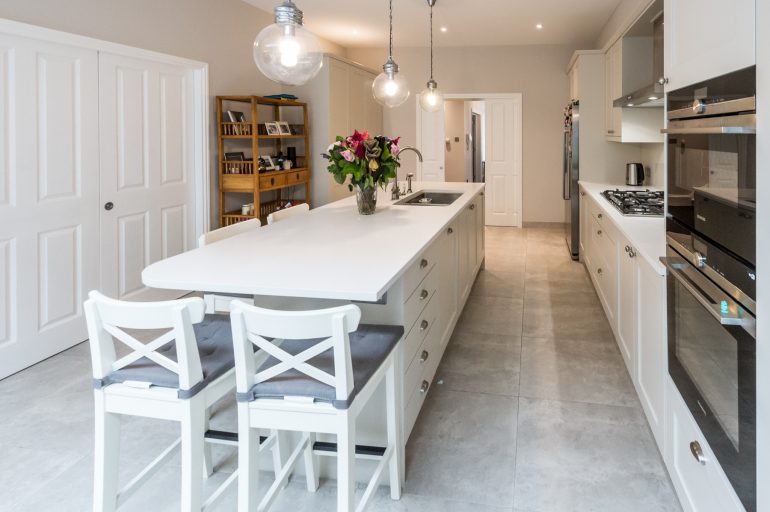 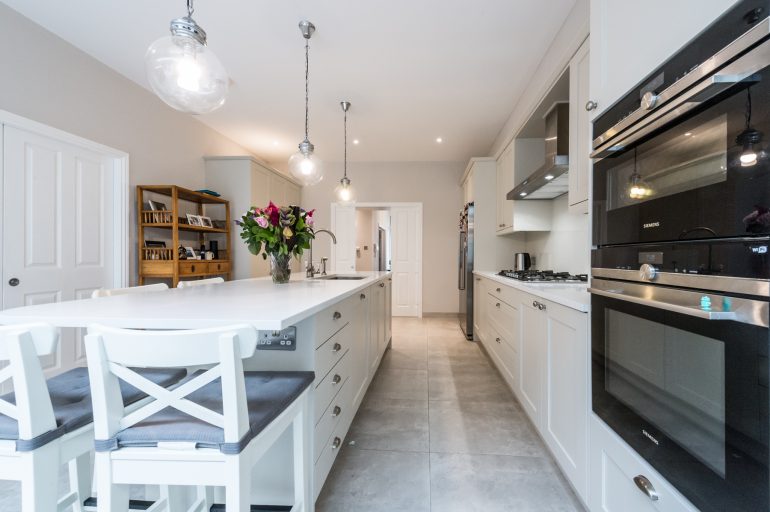 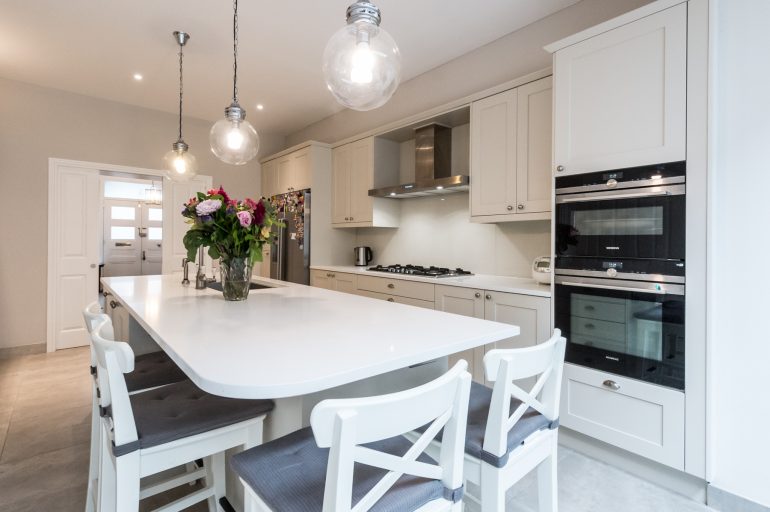 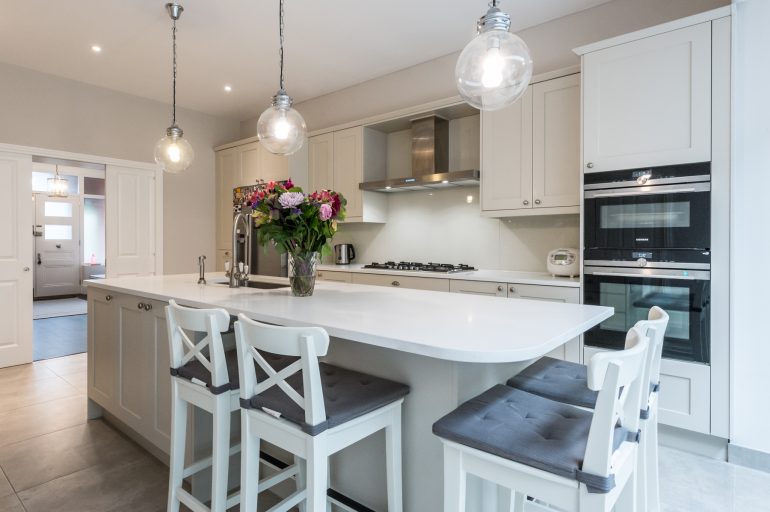 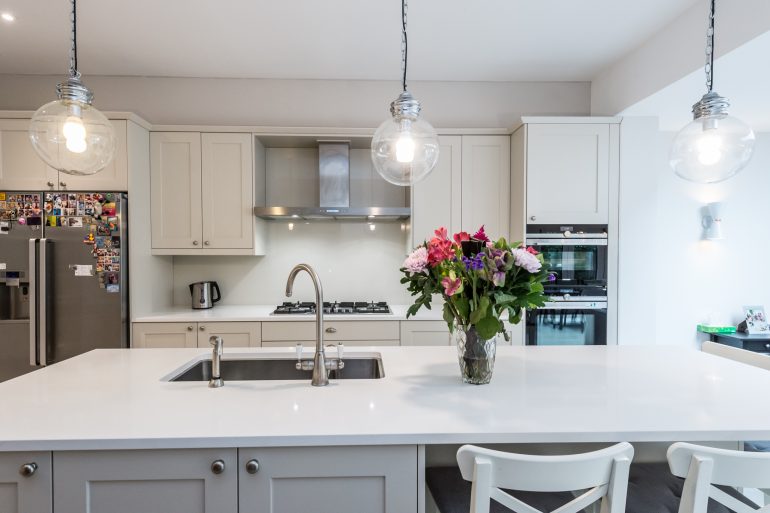 The customer wanted to have a big social space where she would be able to work in the kitchen and still be able to be part of things in the main living area so she extended out to the back with bi-fold doors leading onto the garden. The doors from the hall into kitchen were an issue as with them needing to open into room, they were going to interfere with the units on each side so we suggested sliding doors.

Customer was interested in having an island with lots of space for informal family seating so we planned quite a long island with lots of work surface too for food prep. A Franke filter flow tap with separate pull out spray and large bowl sinks were put in the island along with integrated bins.

She didn’t want a ultra modern look so we chose the Taransay which is a simple clean lined Shaker in a pale cream/grey and teamed it with a white quartz composite which kept things bright as it is an internal room. The drawer boxes were upgraded to wooden dovetail ones in Oak with matching inserts.

The customer was very keen on having a tall larder unit that she could work at too so we put on two pocket doors which allowed the unit to be open when needed and then closed away when not in use.

Request a Brochure Send a Message